RWBY Volume 5 and what I want 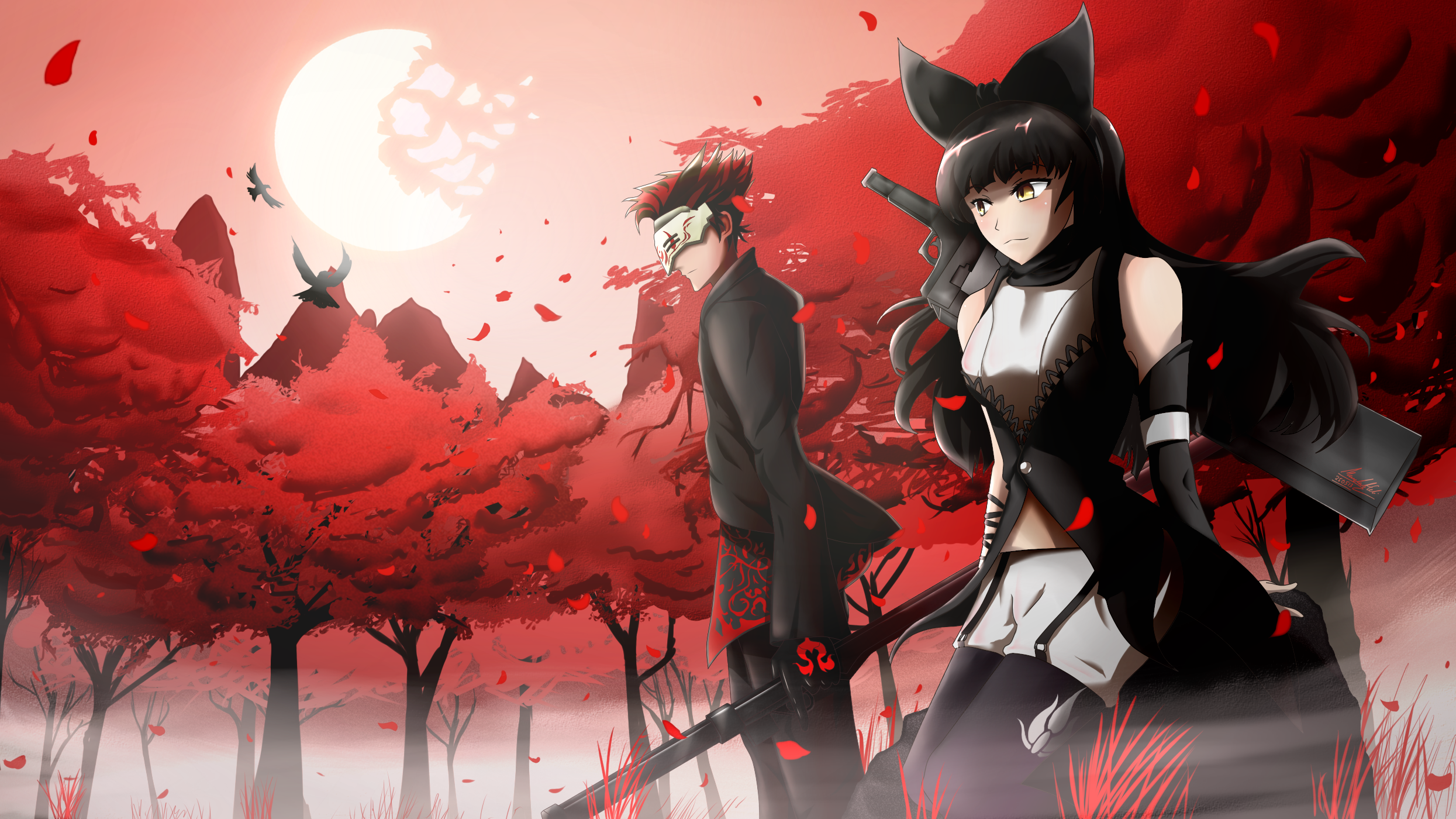 A week has come and gone now and I have the pleasure of two unwatched episodes to catch up on. True to my word I wanted to mention a few more things about what I wanted to see this season. It’s not a demand of what I think the show should be but rather a wishlist of things I would like to see touched on and explored. These are my own wishes and if you watch the show on your own you probably have different things that pique your interest.

We first saw him at the end of season 1. We know very little about him other then he is paired up with Emerald Sustrai, is the son of a renowned assassin, beat his dad and has artificial legs. He seems to like to play / have fun which usually means Emerald is taking the brunt of his talk teasing. He’s a good contract to her serious nature. He’s had very little to do with the exception of his fight in the VTYL tournament and during season 4 I don’t think he even had a talking part. I know we have our big bad out in the open now and Salem has her own click of people but I wouldn’t mind seeing Mercury in action again. Heck maybe pair him up with someone from Salem’s crew. I could see him being interesting with Hazel or Tyrian.

Ah yes the stereotypical villain who is just a little bit off center from normal slanting towards the chaotic. He’s one of my favorite type of villains. Being compared to such types as the Joker and Dilandau Albatau you can’t help but feel creeped out by someone like them. Maybe it’s their unpredictability, their penchant for seeing the world differently or just that laugh they all seem to have. Regardless I love these types when done properly and Tyrian is proving to be just right. I hope they address the issue of his tail in the show. I don’t expect it to be completely the same but the possibility of a grim style grafted on could add to his wickedness all the same.

I know he’s not a major player but I like this goofball of a villain. For a while he was big enough to be in the opening credits but he fell off when the real villains stated to pop up. Maybe I like him because he’s voiced by Jack Patillo or because he’s connected to Melanie and Miltia but I thought the three of them formed an interesting team that could do more. They don’t all have to be fighting characters but in the world there is all manner of parts to play. Will we see him again, probably not but again I wouldn’t be apposed to seeing them again even if it is in the background.

Neo, Neo Neo, what can I say about Neo that hasn’t already been said. She is a fun villain. She was always with fan favorite Roman Torchwick who was taken from us far too soon. The fact that she’s hasn’t said anything the entire show but instead had communicated with raises of the eyebrow. Is she mute or does she just choose not to say anything. That raise of the eyebrow and sly smirk makes her all that more interesting. Combined with her active fighting style constantly moving in and countering people with an parasol of all things makes her so much more memorable. There was a youtube clip of a panel somewhere where Kerry mentioned she would probably be back. I can’t find it anymore but what can I say other than I’d love to see her again and what impact she’d have on the story. She was as I said always with Roman who while a villain never seemed to be in the break the world and bend it to my will but more the have fun and enjoy life types. Will she want revenge over Ruby for her part in Roman’s demise or does she blame Cinder and her faction for putting Roman where he was. We can only hope to find out.

She’s been around since the beginning as arguably the first bad mom of the series. True last season she spoke with Qrow a bit but that didn’t really answer any questions about her but instead set up a bunch of stuff to come this season (I hope). If anything I want one small part that has been overlooked to be address if at all possible. In season 1 we see repeatedly Yang is looking for Raven. Then Raven saves Yang from Neo. At the end of season 2 we see Raven & Yang meet but we don’t know what happens there. Then to my surprise we see in season 3 Yang looks surprised when she sees Raven in Qrows picture. It’s probably nothing but I want to know what happened in that meeting at the end of season 2.

Okay, I know Peter isn’t a villain in any sense of the term but he’s a character that I enjoyed immensely. Again, much like Junior, maybe it’s because he’s voiced by Ryan Haywood that I like him so but I see him as another character that could help with the story in non main story parts. He’s an experienced huntsman and a bit of a braggart but there is more that could be done with him and his fellow teacher Bartholomew Oobleck. With all the focus on Ozpin coming back in Arthur it’s be a shame not to see them interact with each other.

Weiss is still my favorite of all the main characters and though we spent time back at the Schnee Manor last season there was one person who was mentioned and never seen. What is Weiss’s mother like and why or where does see fit in the family? There are so many different theories I don’t know what I’d want to see but something, anything about here would be great. Was she a hunter who had bad things happen which broke her? Why is Jaquces able to do what he does even though he married into the Schnee Family. This hidden character might just be the missing piece to unlocking that part of Weiss’ story.

I’m probably going to get some people angry about this but Adam is my favorite villain in the whole show. He was the first one that we ever met all the way back in the Black Trailer. In that we see he is a competent fighter, quite strong and works relatively flawlessly with Blake. Given how different their styles are the fact that they mesh so well in combat shows how they have been doing this so long. That connection between him and Black is one of the reasons he is my favorite. In the second part of the Black Trailer when the mech boss shows up they start a song about a boy with no life and subjugation treated like a worthless animal. That made me think Adam is the way he is not because of his choice but because of his environment. He doesn’t want to necessarily rule or break the world but he’s tired of it rolling over him. That struggle makes him so much more interesting even if it does in the end drive the wedge between him and Blake. That’s where his true villain story starts. Now you can have him start to loose it which brings up the scene where he and Blake reunite at the fall of Beacon. Again I have no doubt he is a bad guy. I mean we know he attacked Beacon Academy with Cinder but was it really his choice. We saw in the flashback episode that when Adam was first approached by Cinder he turned her down with authority. It was only after she came back and took out his camp that they started working together. Maybe he, like Roman, was forced into interaction. And of course I will address the part where he attacks Blake and cuts off Yang’s arm. In that one act much like killing Penny it was a moment that defined the show and changed the story. Yes it was cruel but as a story telling element it was necessary to show the change in the show moving from fairy tale to real world. Also it sets up the arc for Yang to deal with PTSD and drive Blake away from her friends back to her family. Adam remains as an element that both Blake and Yang must address and overcome sometime before they can continue on in the main story. I have no doubt Adam will fall at some point. He has done things that are bad and there will be karma for that but I hope they don’t just write him out but show more of his character and story. He can be that villain that goes through the redemption arc. He doesn’t have to be a good guy in the end but I want him to be more then just a bad guy.