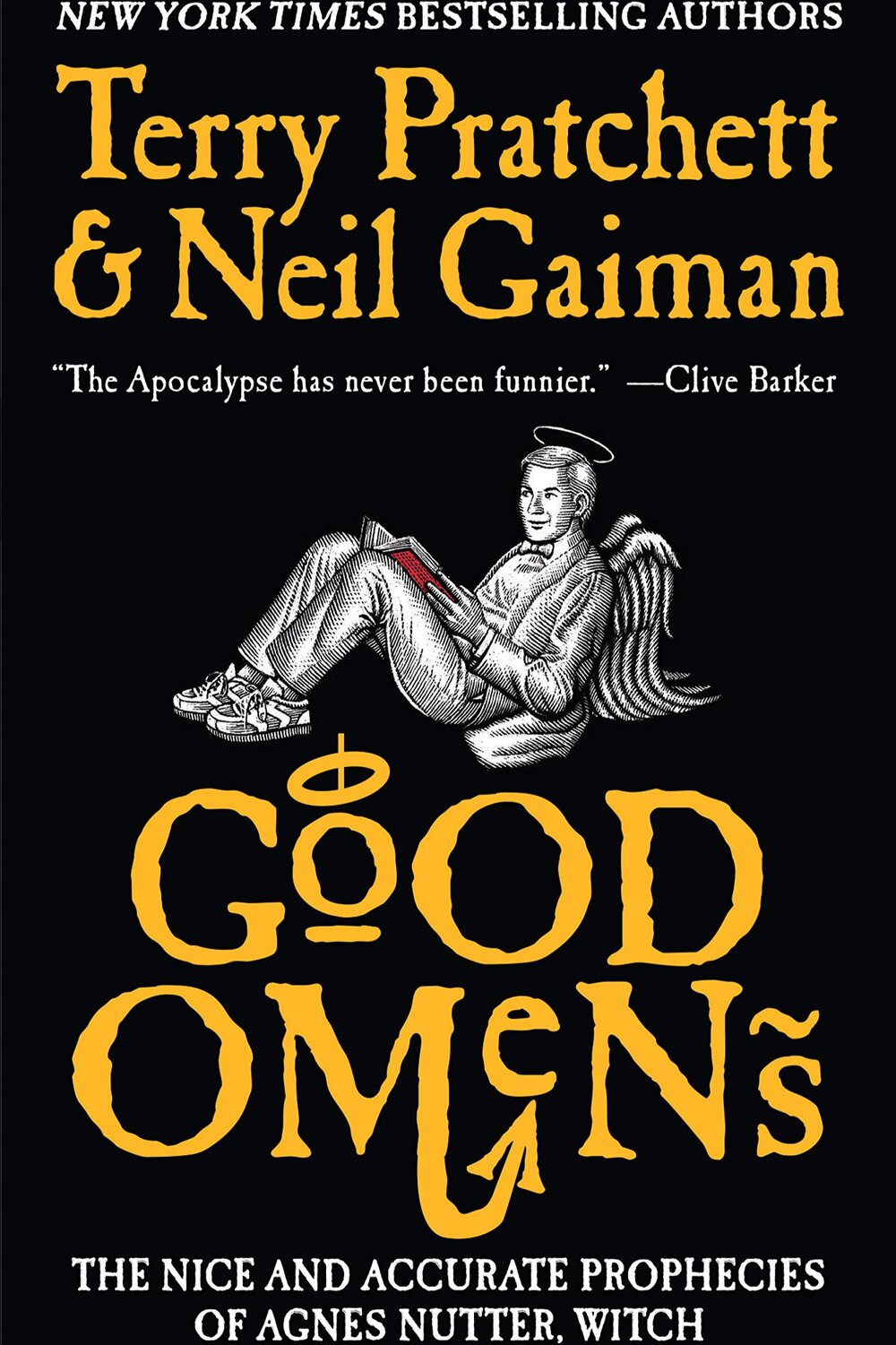 ‘Armageddon only happens once, you know. They don’t let you go around again until you get it right.’

People have been predicting the end of the world almost from its very beginning, so it’s only natural to be sceptical when a new date is set for Judgement Day. But what if, for once, the predictions are right, and the apocalypse really is due to arrive next Saturday, just after tea?

You could spend the time left drowning your sorrows, giving away all your possessions in preparation for the rapture, or laughing it off as (hopefully) just another hoax. Or you could just try to do something about it.

It’s a predicament that Aziraphale, a somewhat fussy angel, and Crowley, a fast-living demon now finds themselves in. They’ve been living amongst Earth’s mortals since The Beginning and, truth be told, have grown rather fond of the lifestyle and, in all honesty, are not actually looking forward to the coming Apocalypse.

I mean where to begin on this. I read this cause I absolutely adored the Amazon show so yes, was behind the times a bit on this. But good God what a story. I think the best, simplist way of explaining this is it’s a british story that takes the movie Dogma and crosses it with Douglass Adams. It’s quite a bit irreverent when it comes to religion casting them in a not so positive angle. In the show David Tennant just fits in perfectly but this isn’t about the show it’s about the book.

It’s a great read. I only feel bad that it took so long for me to get my hands on it and devour it. Very entertaining and nice to see it not fall into standard cliches.