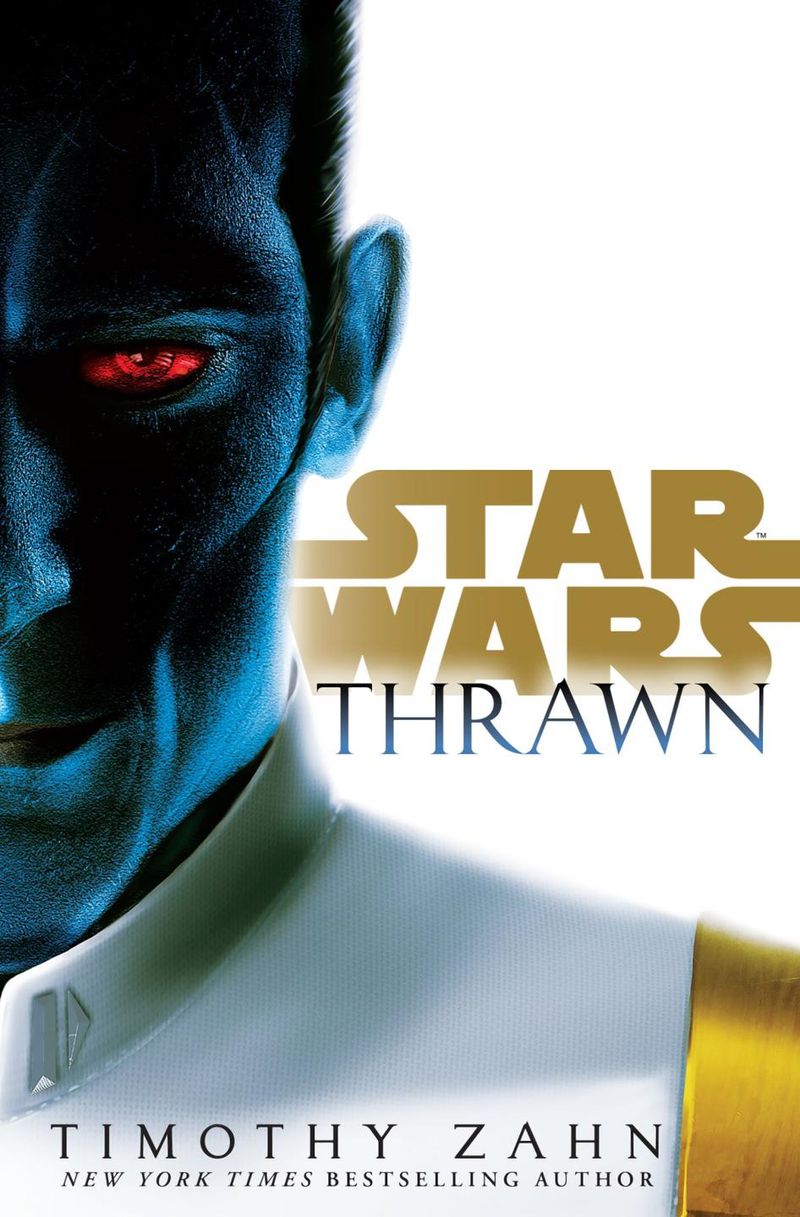 After Thrawn is rescued from exile by Imperial soldiers, his deadly ingenuity and keen tactical abilities swiftly capture the attention of Emperor Palpatine. And just as quickly, Thrawn proves to be as indispensable to the Empire as he is ambitious; as devoted as its most loyal servant, Darth Vader; and a brilliant warrior never to be underestimated. On missions to rout smugglers, snare spies, and defeat pirates, he triumphs time and again—even as his renegade methods infuriate superiors while inspiring ever greater admiration from the Empire. As one promotion follows another in his rapid ascension to greater power, he schools his trusted aide, Ensign Eli Vanto, in the arts of combat and leadership, and the secrets of claiming victory. But even though Thrawn dominates the battlefield, he has much to learn in the arena of politics, where ruthless administrator Arihnda Pryce holds the power to be a potent ally or a brutal enemy.

All these lessons will be put to the ultimate test when Thrawn rises to admiral and must pit all the knowledge, instincts, and battle forces at his command against an insurgent uprising that threatens not only innocent lives but also the Empire’s grip on the galaxy—and his own carefully laid plans for future ascendancy.

I mean really, do I have to say it? Thrawn is a great book. I grew up reading the expanded universe stories and Timothy Zahn’s Grand Admiral Thrawn character captures our imagination in ways not many charters did. He was focused, in charge, had a vision and provided a perfect out of no where antagonist that Star Wars needed. Yes in the great Star Wars rebranding his story was wiped away with everything else to allow the new “vision” of Star Wars to take shape. He was one of two characters that people were anxious to see come back and thankfully he was brought back perfectly.

The beauty of this story is that it doesn’t really contradict the old stories either. This tells the tale we never saw of how he came up in the ranks of the Empire and what made him the powerhouse he was that came to stand side by side with Darth Vader. Zahn does an excellent job setting the tone and pacing showing why he’s different an allowing you to come to love him as a character. That fact allows you to beocome invested in his growth through the ranks and even though you know he’ll cause problems for the rebelion you can see he’s not just the empire’s I’m going to rule this. He has his reasons why he does what he does.

The only other thing I can think to add is it’s fun because really it plays out like a Sherlock Holmes story in pretty much a perfect match up. It’s a great cross over of Sci-Fi that shakes up the formula a bit.