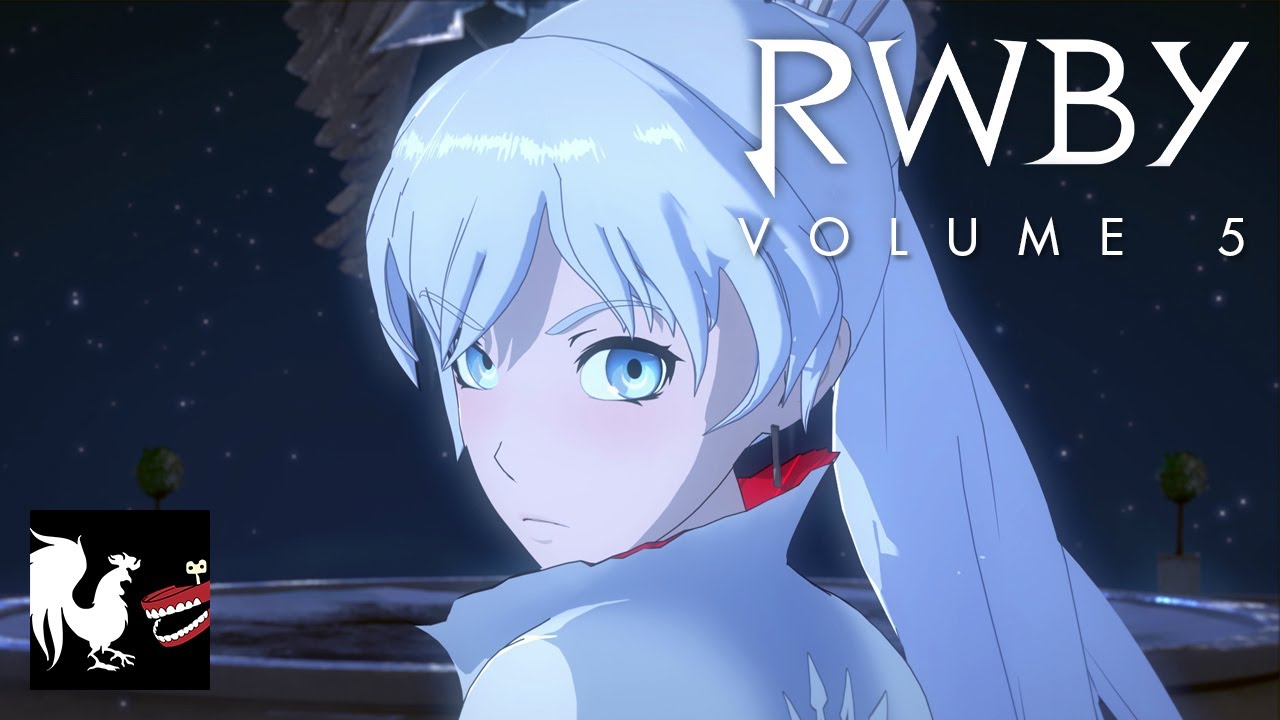 Okay so I admit I wanted to have this out before RWBY started its 5 season/volume but well things kind of got away from me. This is going to be admittedly a jumbled collection of my thoughts I had leading up to this new season and what I wanted to see in the season. If at times I sound harsh please remember I do very much enjoy the show and any critiques I post is because I like it and want to see it continually improve.

So when I last talked about RWBY it was at the start of the 4th season. Without going into the plot and story elements in specifics I’ll say a couple of quick thoughts in regard to Season 4. Before that season started Rooster Teeth released a character short regarding Ruby and Team JNPR to address what happened in between 3 and 4. At first the short was only released at a convention panel and kept exclusive for those in attendance the rest of us had to make due with a screen grab and written reports. Needless to say it was very well received. Not only did it show the company was taking promotion and production seriously enough it also was the first instance of the new animation style as they switched to a new engine. At first I was stoked cause the action looked amazing. Once release to the public for others and you could watch it on the big screen I indeed enjoyed it but I did also notice some other things. This is where the tone of the artical will change a bit. Remember when I first talked about the show? I mentioned what I enjoyed was the unique fight style and was both fluid and propelled. Actions caused reactions. While the fight choreography showed a continued fantasy style I felt that it was moving away from Monty’s style and adapting an almost video game style hack / slash movements. It’s not Rooster Teeth’s fault. I know that this was after Monty passed and so his touch was no longer felt. I won’t lie I did worry a bit about if the show had lost one of those things that made it so unique and enjoyable for me.

Throughout season 4 I did feel some more elements like this that made me think “this isn’t as good as the last season”. After the fact and what has lead up to Season 5 though I’m happy to say I’ve gotten past this. I’m going to compare this to another experience I had with another universe that I hold very dear. I grew up with Star Wars. As a little kid I remember every thanksgiving USA would run a marathon and you could watch them all. It was great. Then when the prequels came out I enjoyed them but… I felt it wasn’t quite the same. It was more of the universe we like but it wasn’t the same thing that captured my imagination. Some years later I read How Star Wars Conquered the Universe and after that I had a moment of clarity. I could see what Lucas had wanted from the eppisodes 1 – 3 and I had a respect for it and agreed that we both wanted different things from the movies. Thankfully RWBY season 4 does not fall into this category for me. I attribute the drop off in season 4 to two things:

Much like last year we get a treat to get ready for Season 5 starting. However this year it’s not one character short but 2 – 3. So far we’ve gotten one for Weiss and Blake and supposedly there is also one for Yang as well. (Edit: before I wrote this it wasn’t announced yet that Yang’s comes out the same day as Season 5 starting) Watching these, okay just watching the first one I could tell that Season 5 was going to be nothing like Season 4 and I got that feeling I was back in 100% like I was for Season 3. It looks like all they needed was time to get used to the new engine, get more talent in the studio, more budget or who knows what else. Regardless I’m happy to say Weiss and Blake’s shorts showed several things to get excited about. These are in no particular order:

In other words, RWBY is back and it’s got it’s mojo again. Going into Season 5 I’m pumped again and looking forward to a lot more great story telling.

I also wanted to talk about things I wanted to see in Season 5 but I realize this has gotten away from me and I should really break this up into a different post. So despite the fact that when I’m finishing this up I’ve already season the Yang Short and first episode I have not yet watched the second which came out this morning I will finish my next post probably tommorow  before jumping in.